Springbuk is a bleeding-edge health intelligence software that has taken the health insurance space by storm. Since its founding three years ago, this software has been adopted by over 1,000 employers nationwide, ranging from blue collar factories to tech titans in Silicon Valley. To date, Springbuk has processed over $7 billion in total medical claims and identified over $250 million in potential health savings for their clients. As they expand, they aim to identify $4 billion in potential healthcare savings by 2020.

The Mira Award judges believe Springbuk and its software are tackling one of our nation’s biggest issues, not just by shifting costs, but by using data science to prevent illness, injury and disease. Healthcare costs are rising every year, and Springbuk has built software that empowers employers, insurance brokers, and other stakeholders to fight back.

In addition to their health intelligence software’s capability to identify potential health savings and design better benefits plans, Springbuk is partnering with national leaders in consumer-driven health initiatives to help employees make smarter healthcare decisions. Their integration with HealthJoy out of Chicago provides an artificial intelligence chatbot that can answer employee questions about their health plan, steer them towards more affordable healthcare providers, and make suggestions based on their past health claims about what care they may need.

The judges noted that Springbuk’s growth as a company was as remarkable as its achievements in tackling a leading national problem. The fast-growing scale-up is adding more than 100 new employer customers a month, and more than doubled its headcount and revenue in 2017. Springbuk recently announced it has secured investment of a $20 million Series B Round. 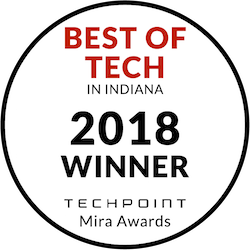